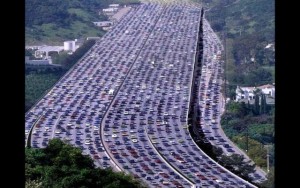 Vehicle over-dependence is a negative and prevalent thing. Everywhere we look, in every corner of the planet, automobiles are on the rise, polluting the air and cluttering the streets. Since the invention of motorized vehicles, people have been enamored with them and the American Dream remains that every person should have their own. The burgeoning, progressive way of thinking is the acknowledgment that gas powered vehicles were never a sustainable technology and need to be rethought for the good of the planet and those who call it home. If we work together, we can create a world where people are not overly dependent on their vehicles and enjoy clean air, reduced noise, less oil drilling and healthy, natural living.

One immediate benefit of reducing the presence of automobiles would be cleaner air. This agenda item is a priority in every leading country’s legislation goals because of how harmful fossil fuel emissions are to the health of the environment. Industrial pollution and other major contributors are also responsible for the toxic emissions, but vehicle emissions are one of the major contributors to this problem, if not the most. This problem makes vehicle reduction an absolute necessity.

Another major benefit to getting cars off the streets would be reduced noise and congestion. Vehicle noise and congestion are one of the biggest problems that cars create. They are a loud, space consuming technology that nature never intended to support billions of. In large cities or cities with aging infrastructure especially, high volumes of cars make for an unreliable, disastrous commute anywhere. It must be stopped.

Reduced oil drilling would also be a benefit of cutting back on the number of cars there are in the world. It is well agreed upon that oil drilling is a toxic, unsustainable practice. There is far too much that can and does go wrong in oil drilling, and when it does, nature and animals always pay the price. The amount of oil that has poisoned the earth in major oil spills is unacceptable, and will lead to the extinction of animal and plant life if not stopped.

And lastly, as if there were not already enough good reasons to reduce the use of automobiles, the benefits to people’s health if they needed to rely on their bodies to get places would be astronomical. If people used their legs to commute instead of the fossil fuel energy in vehicles, we would living as nature intended once again. 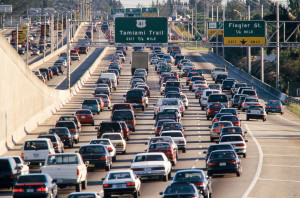 Being overly dependent on a vehicle is a dangerous thing to be in modern times. Vehicles are the primary cause of pollution and unclean air around the globe, they congest cities everywhere and they contribute to the inactivity that causes many people health problems. Any person who has a sense for social and environmental responsibility should be looking to reduce their vehicle dependence to be part of the solution, not the problem. There are several ways one must approach this initiative.

It is important to be deliberate about which commutes you can make without a vehicle. This will involve a degree of planning and strategizing on your part. Push yourself to go as many miles or kilometers as you can without the use of a car. You will need to change the way you think about how long it takes to get places, but it is worth it for the sake of the environment and your personal health. It is not uncommon for people in modern times to select a location to live in based on its proximity to everything one must commute to from that location. This is frequently done with walking or bicycling in mind.

You must also be deliberate about how many commutes you make in general. If you take inventory of your commutes, you will realize that a little bit of foresight can go a long way in reducing the number of trips you take. Many commutes you make can be consolidated to reduce the number of separate trips into only a few trips. This can call for a lifestyle change when it comes to organizing your life in a way that requires fewer trips, but you will feel far more efficient once you do. If you lay your commuting plans carefully and execute your alternative transportation plans with devotion, you will feel connected to a collective senses of responsibility and rewarded by good health for yourself and the planet you depend on. 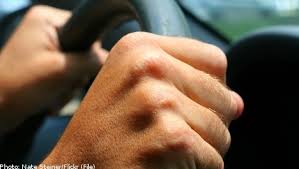 The environment is not the only thing that suffers due to overdependence on a vehicle. The health of the compulsive driver is also put into jeopardy due to lack of exercise and being afraid to make do without a vehicle. Healthcare is one of the most expensive and controversial necessities that every society undertakes, and is important that we are conscious of any way we can reduce our dependence on it. When we are overly dependent on our vehicles, we reduce our own self reliance in the ability to manage our health. It would seem to be a win/win situation to rely on our own muscle power to aid our mobility, but we are strangely resistant to this necessity.

Constantly sitting in a vehicle makes us gain weight and lose muscle mass. When we forego walking or riding a bike for sitting behind the wheel of a car, we are losing much needed physical exercise. Because we are not burning any calories, we begin to pack the weight on. And because we are not doing any physical work, our muscle mass deteriorates as well. It is to our physical benefit to reduce our dependency on our vehicles.

Because of the physical unhealthiness that sets in due to the sedentary lifestyle of driving everywhere, disease also becomes prevalent. Drivers who are overly dependent on their vehicles are at a higher risk of developing diabetes, cancer, heart disease and a number of other complications that are caused by a sedentary lifestyle. This is more proof that the human body was not meant to be behind the wheel of a car all day. 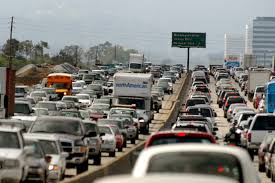 The most obvious damage that vehicle over-reliance is causing is to the environment. Environmental experts are in agreement on the negative effects that excessive oil consumption is having on the environment. At the academic level, field research level and in all other environmental sciences, experts are warning world leaders and oil consumers of what earth’s future could look like if we do not drastically reduce our oil consumption. The root of the oil problem is greed. We discovered a way to make transportation easy and now we do not want to give it up. Instead, we want to control it, monopolize it and use it frivolously. This way of thinking has the potential to destroy the planet.

A heavy toll is being taken on earth’s atmosphere due to our excessive oil consumption. Both the process of excavating oil from the earth and the process of burning oil in its use are polluting. They create greenhouse gases and carbon emissions that enter earth’s atmosphere and alter it for the worse, heating it up, depleting its ozone and causing changes in weather patterns. Throughout human history until a century ago, humanity has not altered the delicate balance of the atmosphere’s composition, but since the dawn of the industrial revolution, we have had an enormous effect on it.

Earth’s crust is also in jeopardy. Oil serves as a layer of lubrication in the earth’s mantle. Oil fills enormous pockets of subterranean space and makes tectonic plates able to slide past one another without causing devastating earthquakes. When we extract oil from earth’s surface, we are creating imbalance within the earth’s crust. This makes geological disturbances, such as earthquakes, volcanic eruptions and sinkholes, more likely. It is very important that humanity learns to control its addiction to oil before it no longer has the option of damage control. 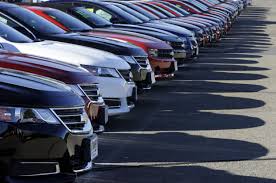 Vehicle overdependence is when someone is reliant on their vehicle to the point of a fault. With the planet’s health in jeopardy due to excessive human oil consumption, there is no excuse for an able bodied person to be driving half a mile from their home to run an errand. An when a person’s physical health is in jeopardy because they are not getting enough exercise, there is no excuse for them to take a leisurely drive when they can just as easily take a leisurely walk. Instances like this are examples of over-reliance on a vehicle. When you are using your vehicle so much that it is contributing to the toxicity of the environment and of your personal health, you are overly dependent on your vehicle.

Vehicle overdependence has become the leading cause of pollution and carbon emissions on earth. All of the news stories on melting glaciers and stranded polar bears and ozone depletion are all a byproduct of pollution and carbon emissions. The toxicity in the environment creates greenhouse gases that cause global warming and drastically alter earth’s weather patterns, which makes earth’s future very unpredictable. Not only that, but the process of excavating oil steals natural lubrication from earth’s crust which is vital to the prevention of earthquakes and volcanic eruptions. Continuing to tamper with this fragile natural processes does not bode well for the health and longevity of the planet.

Relying on a vehicle too much is also having a negative effect on people’s health. Lack of exercise is being confirmed again and again as a leading cause of disease. Diabetes, stroke, heart attack and obesity are all linked to lack of exercise, as well as many more. It does not make any sense to overuse a vehicle, which is exercise preventing, in order to accomplish a commute that could have been made by walking or riding a bike. This will only serve to increase a person’s risk of disease or aggravate a disease they already have. 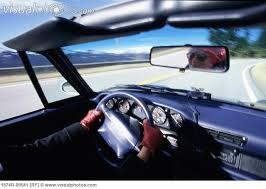 We have all observed the call to use our vehicles less and turn to alternative modes of transportation, but this call falls on deaf ears among some people. North America, as well as other regions of the world, are experiencing the problem of vehicle overdependence, a condition in which people are too addicted to their cars. Vehicle overdependence occurs when a person consistently foregoes the option of walking, riding a bike or even using public transportation in order to drive their personal vehicle. The reason it is a problem is because it has been linked to health and environmental issues the world over.

Being too dependent on a car has been found to be a health detriment, both physically and mentally. It is obvious that overusing a vehicle will contribute to under-using of the body. Vehicles require little to no physical strength to operate. When people give in to their urge to drive instead of do physical work to get somewhere, they miss out on the cardiovascular and muscle building activity of walking or biking, damaging their physical health. It has also been found that developing a psychological dependence on a vehicle creates a condition similar to a substance or process addiction in which a person experiences feelings of anxiety and withdrawal when they are separated from their vehicle.

The other major reason that vehicle overdependence is a cause for concern is the effect it is having on the environment. Almost all vehicles burn fossil fuels in order to run, and the emissions they release into the atmosphere are among some of the most toxic pollutants that humans are responsible for. Greenhouse gases are created by vehicles and are thought to contribute to ozone layer destruction, air pollution and the greenhouse effect. The pollution of vehicles also deteriorates quality of life for living things, as air becomes more dirty to breathe and visibility of the sky is largely reduced.